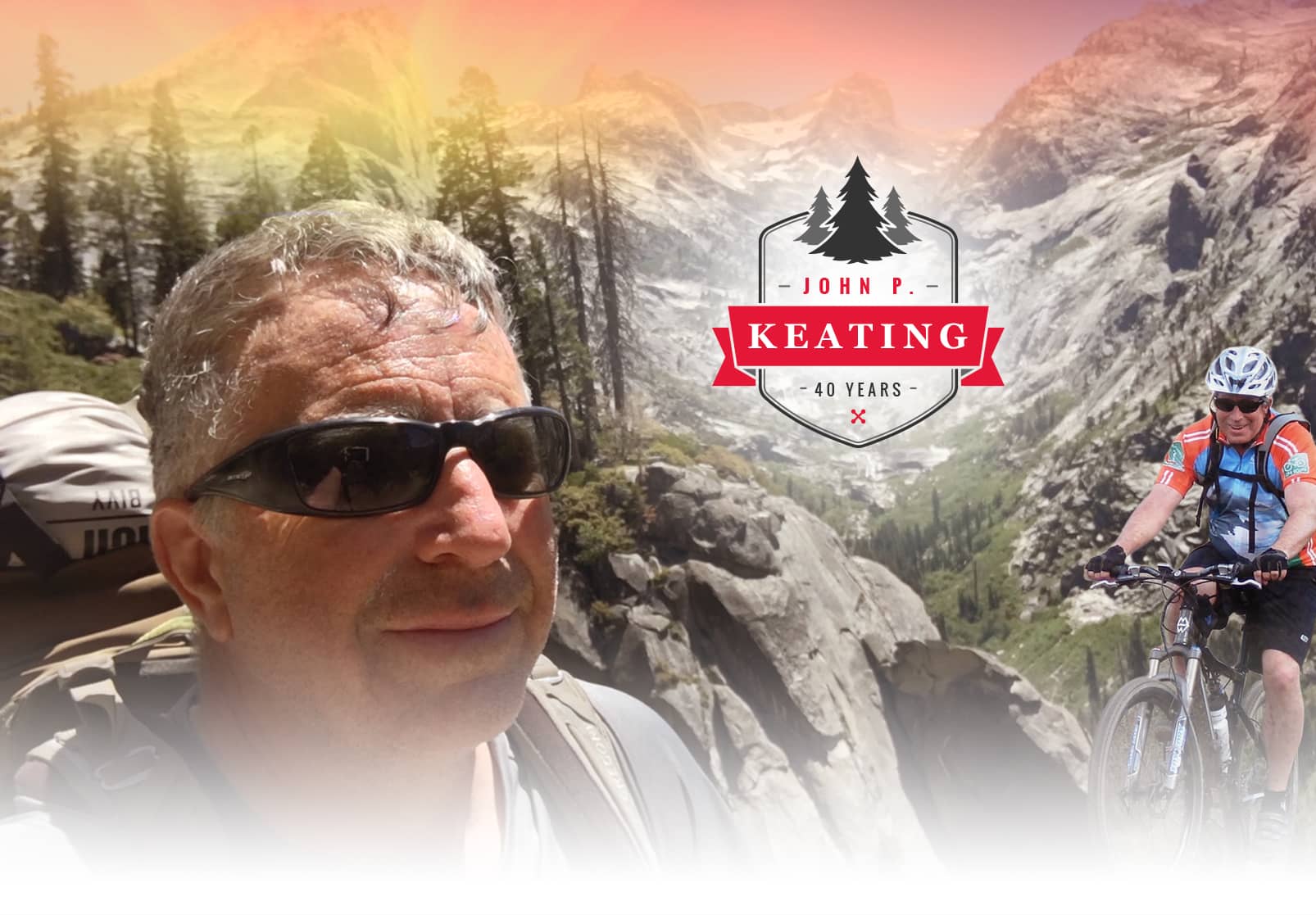 “Riding Into The Sunset” – John Keating Retires from LLG

John Keating retired from LLG in June 2021, after a 40-year career, all with LLG. After graduating from UW-Madison in 1981, he packed his compact car with all his possessions and drove west to LLG’s Pasadena office. He learned a lot from Bill Law and Lee Ward. In addition to his LLG responsibilities, John successfully managed Car Counter Company, a subsidiary of LLG. The newly opened San Diego office was struggling and in late 1985 John was asked if he would be interested in relocating to San Diego to manage it. 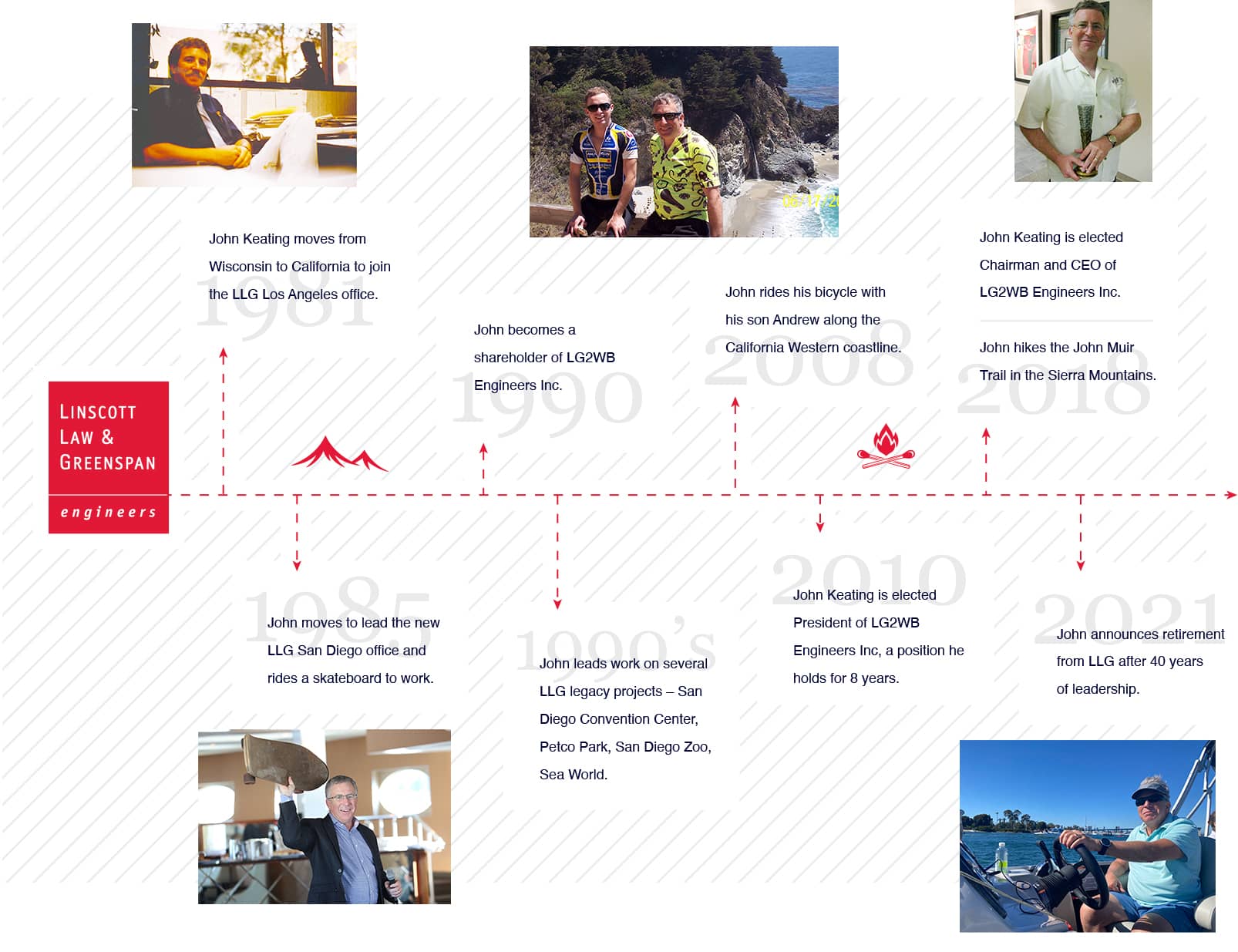 John ran through the chairs of ITE and ASCE, eventually becoming President of both professional societies. He also served on numerous transportation committees in the San Diego region.

John is proud of the progress and success of the San Diego office. He is especially pleased with the ability of the current staff to continue providing high quality transportation services going forward. The best part of 40 years with LLG is the people he worked with, both within LLG and the transportation community at large. 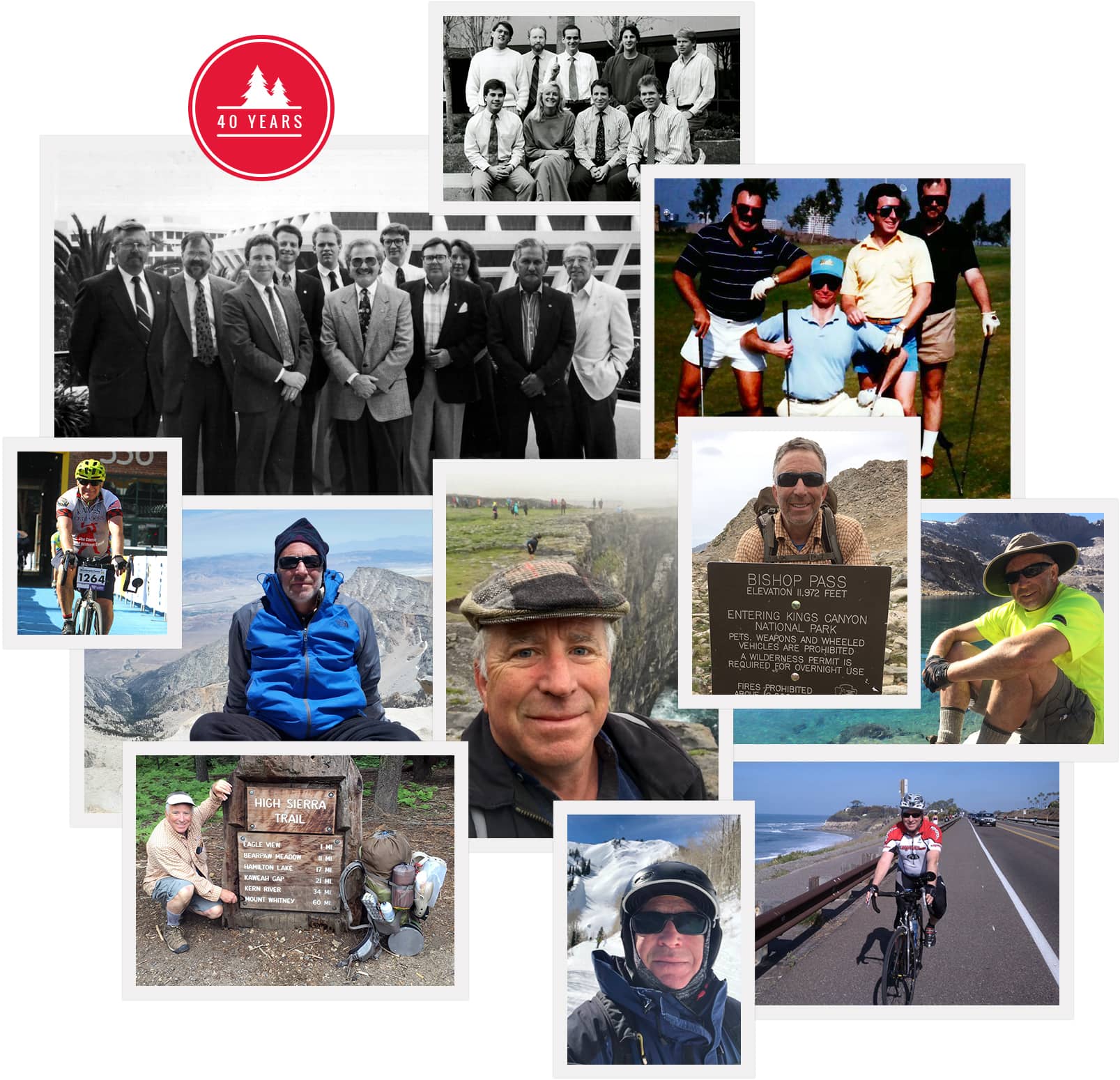 He lives in Imperial Beach with his wife Peggy.
Their four grown sons are all doing well in their non-traffic engineering careers. John intends to stay active by learning to surf, sail, and play guitar. He plans to do long-distance bicycle touring and traveling around the US and to Europe. 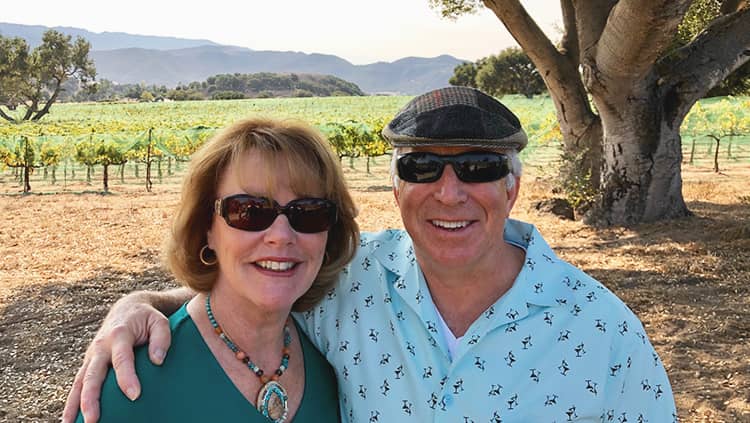 After climbing the mountain, you can finally enjoy the view. THANK YOU for 40 years of leadership!