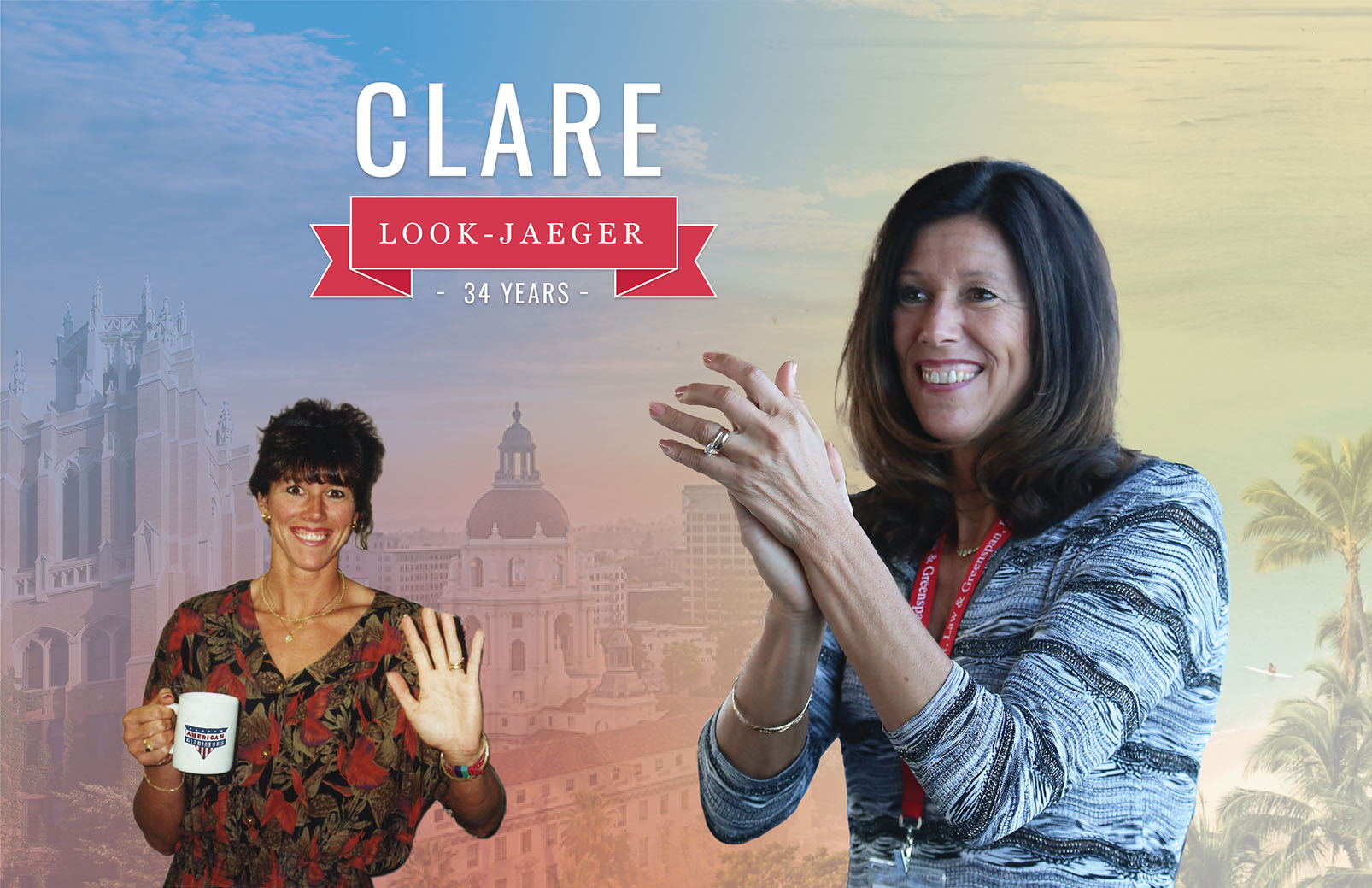 “A Career of Many Firsts” – CLARE LOOK-JAEGER RETIRES FROM LLG

Clare Look-Jaeger, P.E., retired from LLG in March 2022, after a 34-year career with LLG. Her leadership, welcoming attitude, and selflessness are only some of the reasons she is loved. With this, she has been an inspiration for all her colleagues, especially in the Pasadena office.

As the youngest of six children, Clare was born in Milwaukee, Wisconsin where she also attended Marquette University on scholarship. After graduating both as a student-athlete and engineering student in 1988, she and KC married and moved to Southern California where she began her career at LLG Pasadena while continuing with her passion for track and field. Clare competed in the heptathlon and open high jump in the 1992 and 1996 U.S. Olympic Trials. The Pasadena team even got the privilege to witness her compete on the show “American Gladiators” at Universal Studios very early in her career at LLG.

Over Clare’s LLG career, she quickly became a strong leader and took on many roles including Managing Principal, Corporate Secretary, and Company President. During one of the most difficult economic periods amid the global financial crisis, Clare remained her hard-working, compassionate self. Not only that, but by the end of her career, she gained many firsts for LLG. Clare became the youngest to retire as well as the first woman to manage an LLG office and to become a President of the Company. She has not only paved the way for women in her field, but she continues to inspire all her colleagues to put their all into what they do. 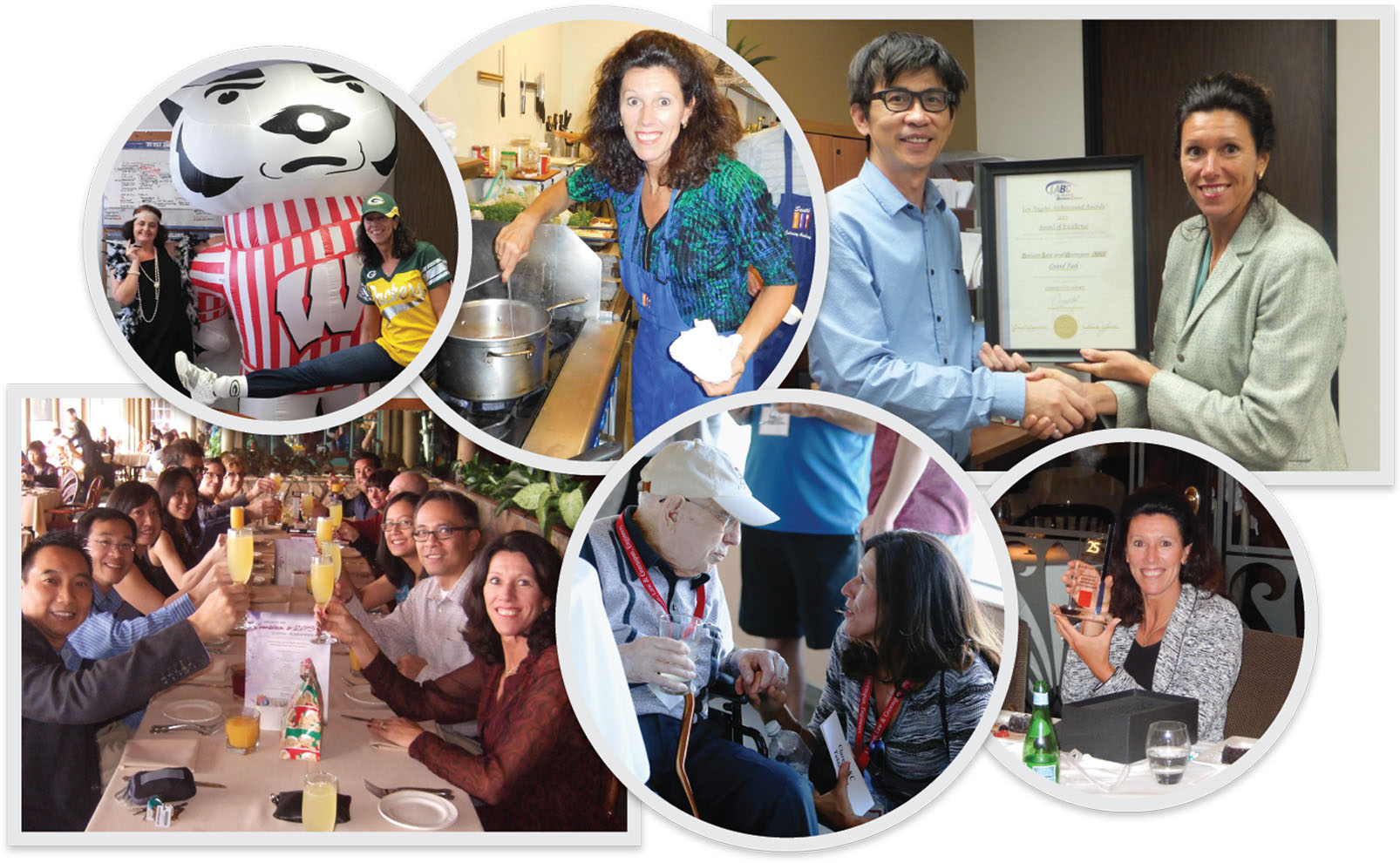 Clare plans to continue to visit and support the community she’s created in Pasadena as well as her first home of Milwaukee where her family still resides. In addition to Southern California, Clare and KC plan to split time between Hawaii and Wisconsin. 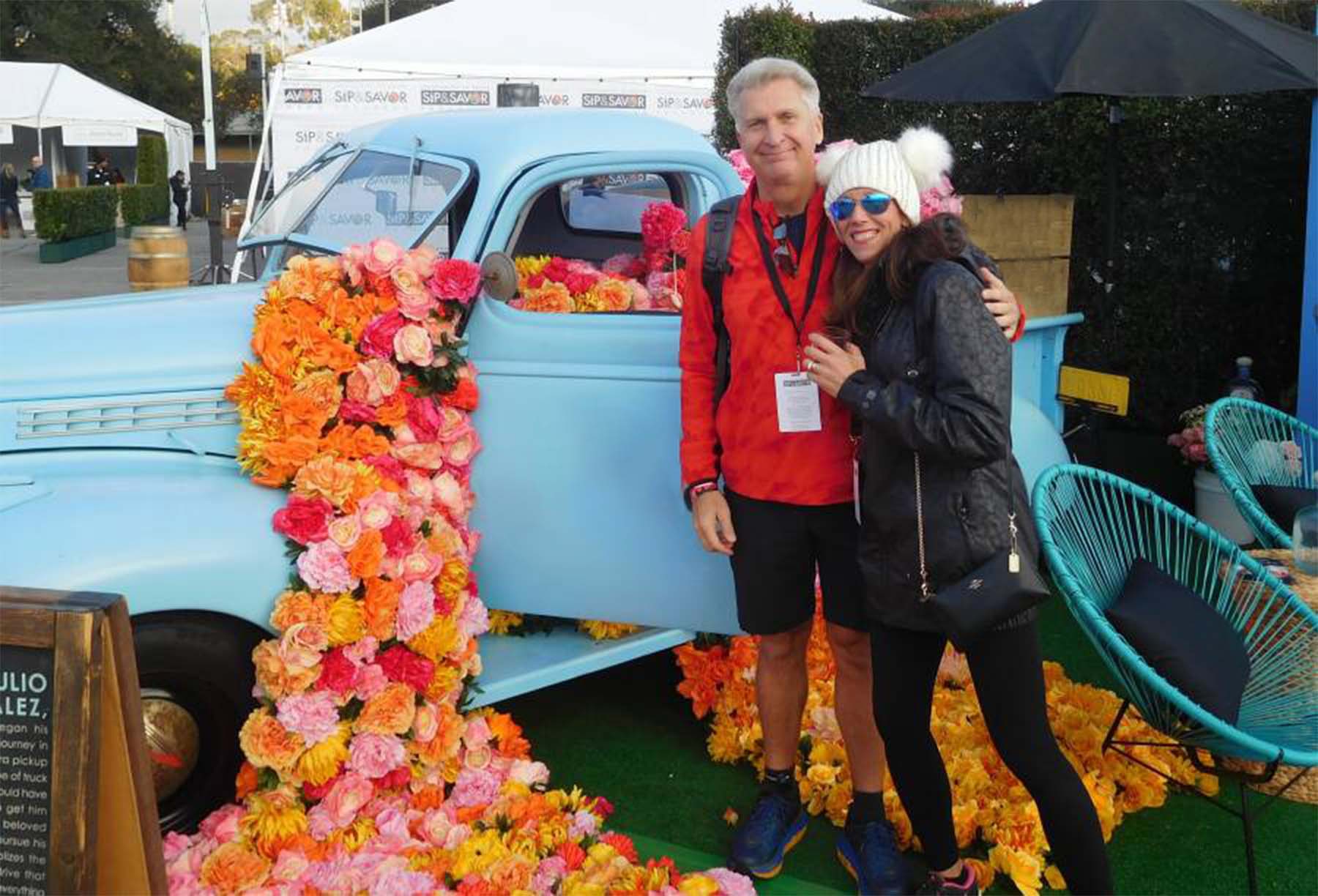 On to the biggest project to date… Life without work!
Here’s to 34 years of leadership.