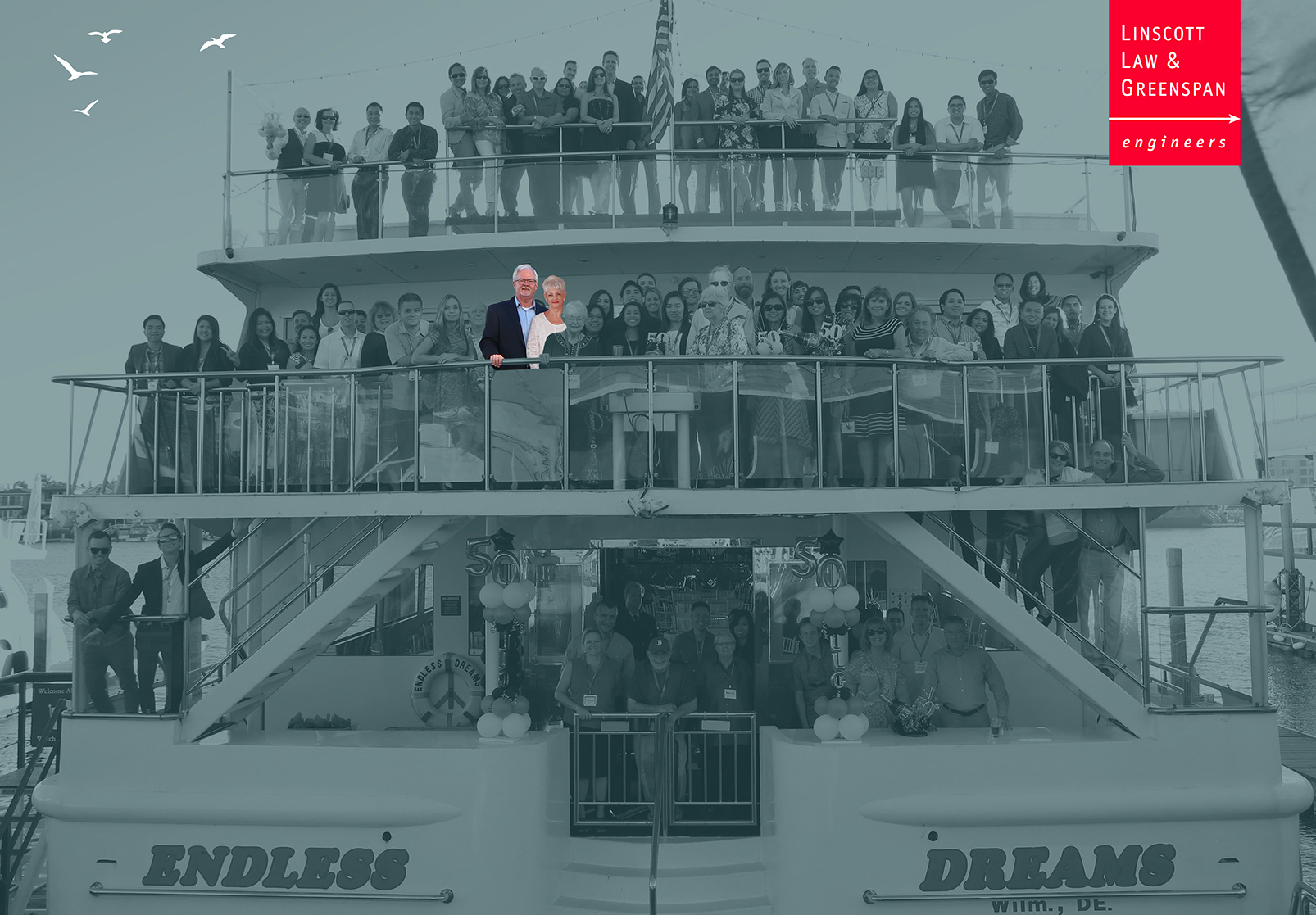 Paul & DJ Wilkinson helping to guide the ship into port at LLG’s 50th Anniversary Celebration in 2016.

After a distinguished 42-year career with Linscott, Law & Greenspan, Engineers (LLG), Paul Wilkinson recently announced that he is retiring, as of February 16, 2018. He joined LLG in 1976, having worked one year at the County of Los Angeles Road Department. Showing good promise, the following year Jack Greenspan asked him to relocate to Orange County to open an office there to better serve a growing client list in that market. That office grew to become our Corporate Headquarters. As the original “L”,” L”, and the “G” reached their own retirements, Paul represented the second generation of leadership. He was named President in 1991 and served in that capacity for 17 years. When he passed on the reins, he then became Chairman of the Board & CEO, positions he held for the last 10 years.

Paul’s leadership was the most influential in our history. He valued teaching junior staff, challenging them professionally, leading by example, putting clients’ interests first, and ensuring the development of our future generations of leadership. He was the “go to” guy for the many challenging projects in Orange County and elsewhere, and he labored over them for as long as it took to craft thoughtful solutions that served the public and a diverse mix of clients. His handiwork is visible throughout Orange and Los Angeles counties, with projects including:

Paul’s leadership extended beyond LLG into the local community. Paul has served as President of South Coast Metro Alliance which unites property owners and business leaders who have a long-term investment in the South Coast Metro community. The Alliance is a dynamic and continually evolving organization that fosters economic growth and development in South Coast Metro, Orange County’s premiere corporate and cultural center. 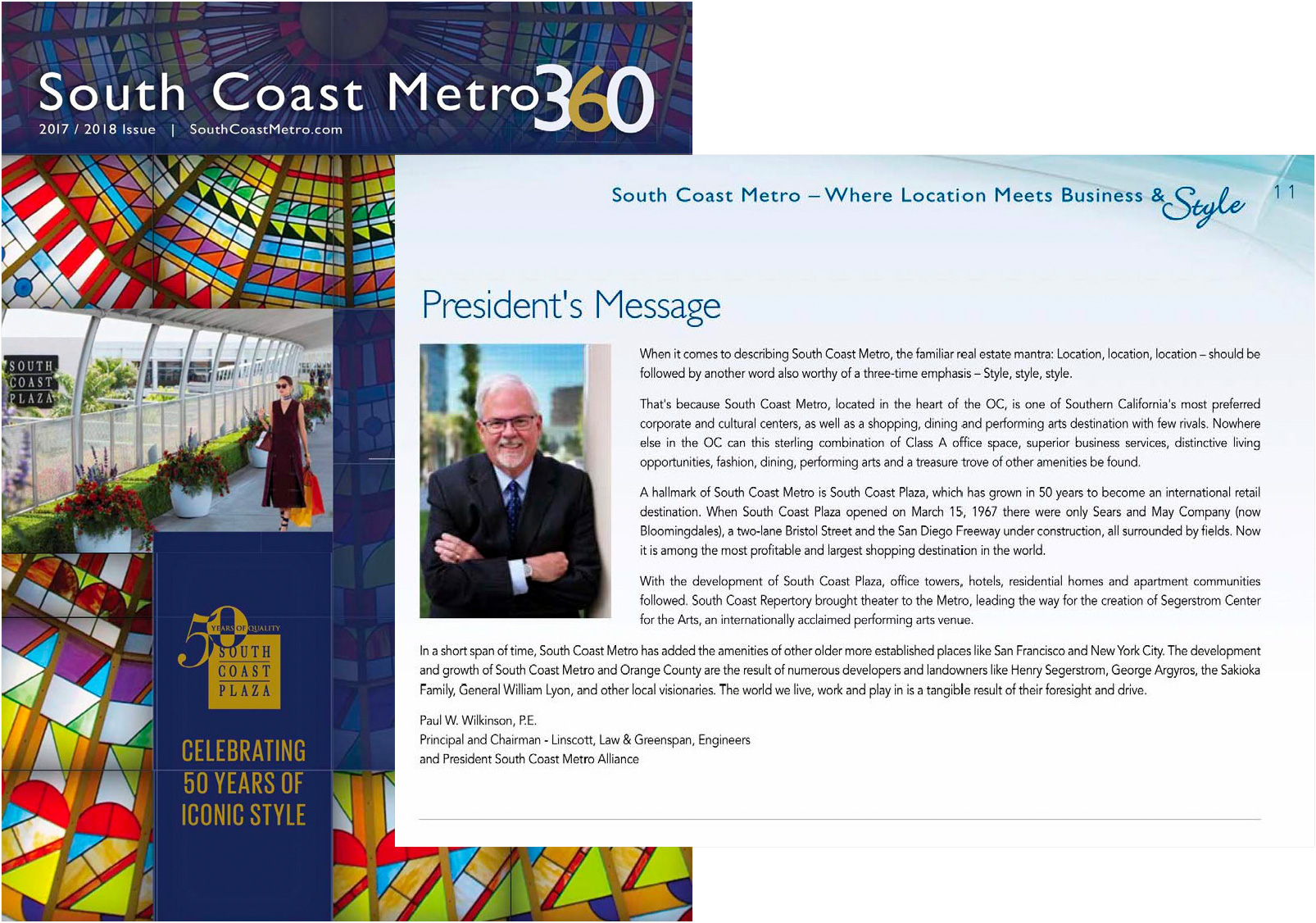 Throughout Paul’s leadership, the current and remaining nine members of the Management Committee have been successfully groomed to carry on the values and 50-plus-year legacy of LLG. Rich Barretto and Keil Maberry will continue to lead the Irvine office. The leadership in the San Diego, Pasadena, and Woodland Hills offices will also remain. 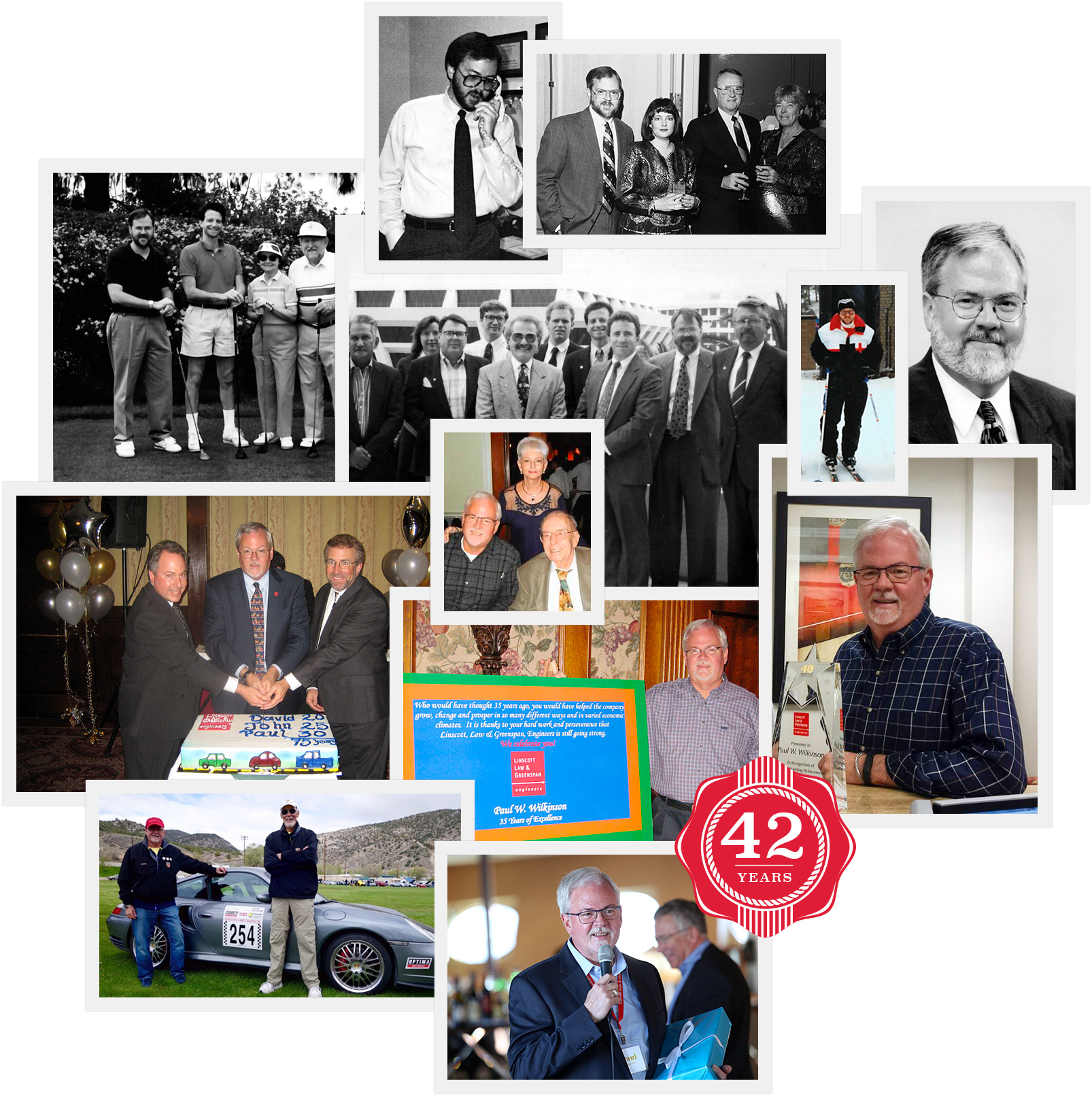 Paul and his wife, DJ have purchased a home far north of Seattle and near the Canadian border, overlooking Boundary Bay and the Strait of Georgia. They expect to relocate there with Lucy (their Labradoodle) by this summer. While now “boatless near Seattle”, they were huge boating enthusiasts and enjoyed island hopping for more than a dozen years among the San Juan Islands of Washington and the Gulf Islands of British Columbia. Having turned his retirement focus to dry land, Paul will be pursuing his passion for cars and many things Porsche, and expects to explore the many 2-lane rural roads of the region (all at Level of Service A!) in his 911 Cabriolet. He will also be returning to the guitar playing of his youth (prompted by The Beatles 1964 appearance on the Ed Sullivan Show) and aspires to be worthy of joining a retiree garage band. 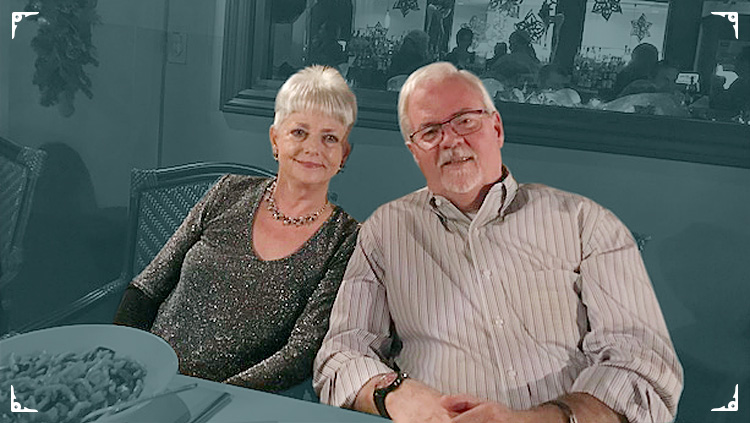 All of us wish Paul and his wife DJ the very best in their new endeavors, and THANK YOU for four decades of inspiring leadership.